Study of the topography

Topographical monitoring of the Aiguillon Bay

The Aiguillon Bay tends to gradually silt up. As a result of this siltation, various shellfish concessions have been successively abandoned. The mussel stakes and the old oyster tables, still in place, are now used as supports for the development of spontaneous deposits of the Japanese oyster, with presumed impacts on the functionality of the bay, including their role as sediment traps and in local modification of water currents.

The object of the experimental removal of the old abandoned oyster farms is to return to a natural mudflat habitat. 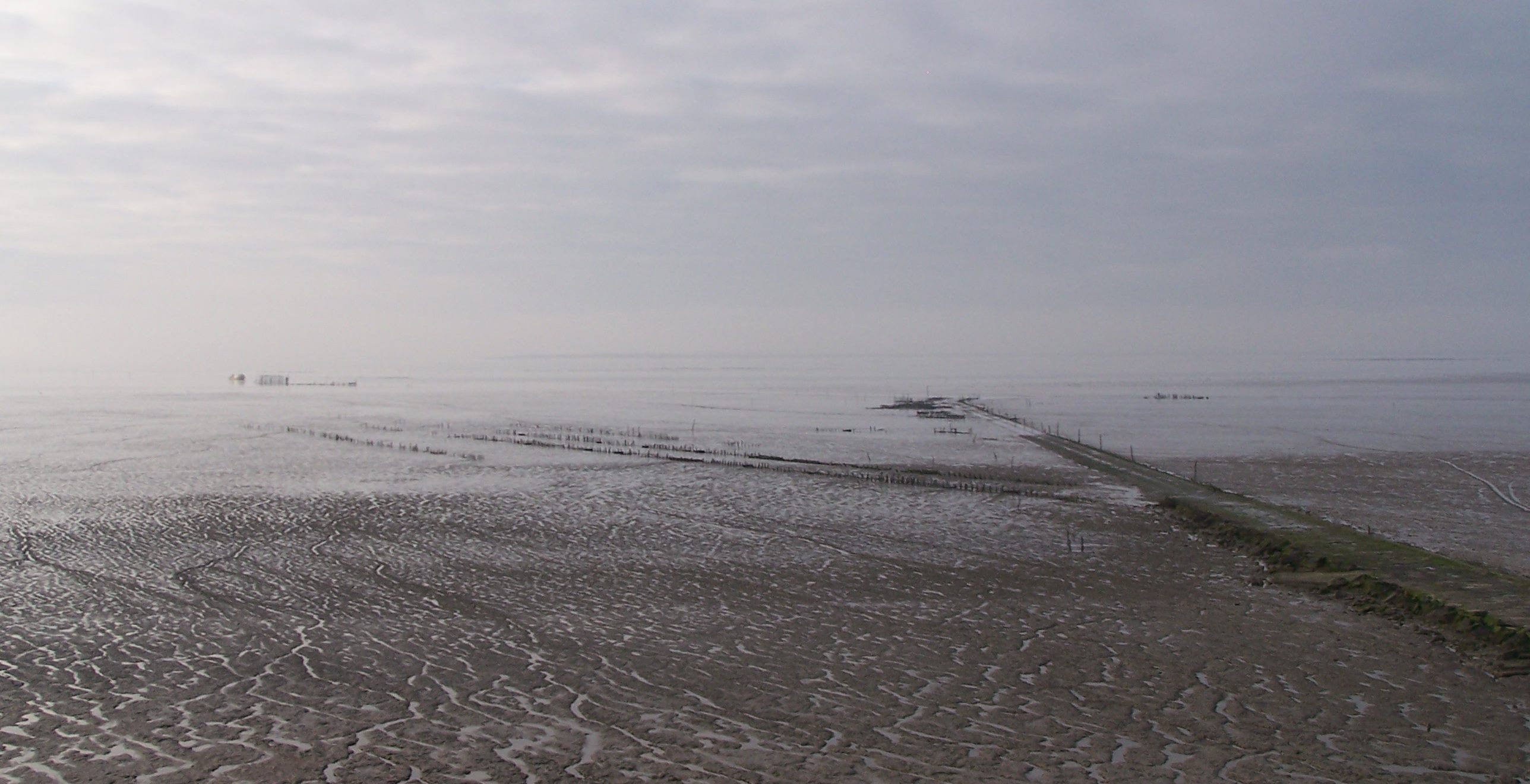 Two topographical studies carried out three years apart (2017 and 2020) have been implemented in order to assess the impact of the experimental work of removing wild oyster deposits from the Aiguillon Bay in 2017. These studies will also make it possible to better understand the morphological evolutions and sedimentary dynamics of this bay.

Two areas of the Aiguillon Bay are concerned: one North-West (the Natural Reserve on the Vendee departement and the Pointe de l’Aiguillon convering about 1700 hectares, and one South-East (the Natural Reserve on the Charente-Maritime department) covering 1600 hectares. The goal is to acquire the data at low tide in order to make a precise model of the Aiguillon Bay.

Data was analyzed in order to draw conclusions on the morphological evolution of the Aiguillon Bay and to define the causes of these evolutions, particularly concerning the removal of Japanese oyster deposits and to define the evolutionary prospects for the site. This Etude initiale des évolutions morphologiques de la baie de l'Aiguillon was carried out by the UMR LIENSs (a mixed disciplinary research unit) of La Rochelle.

RESULTS FOR THE FIRST YEAR

The Opsia company carried out a first survey, before restoration work, in September 2016. The method used is that of LIDAR (LIght Detection and Ranging), based on the analysis of the properties of a beam of light returned to its emitter and allowing the measurement of a distance. A digital field model informing of the altimetry per square meter (with 5 cm accuracy) was created.

Data processing has begun, in particular by Pierre Guillermin. Some maps and a simulation tool of the rise of sea level in the bay are available in the news section.

In addition, these public data are available on request at the Marais Poitevin Natural Regional Park (l.chaigneau@parc-marais-poitevin.fr). 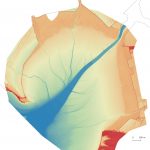 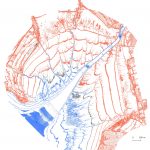 Depth contours of the Aiguillon Bay 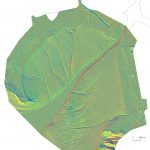